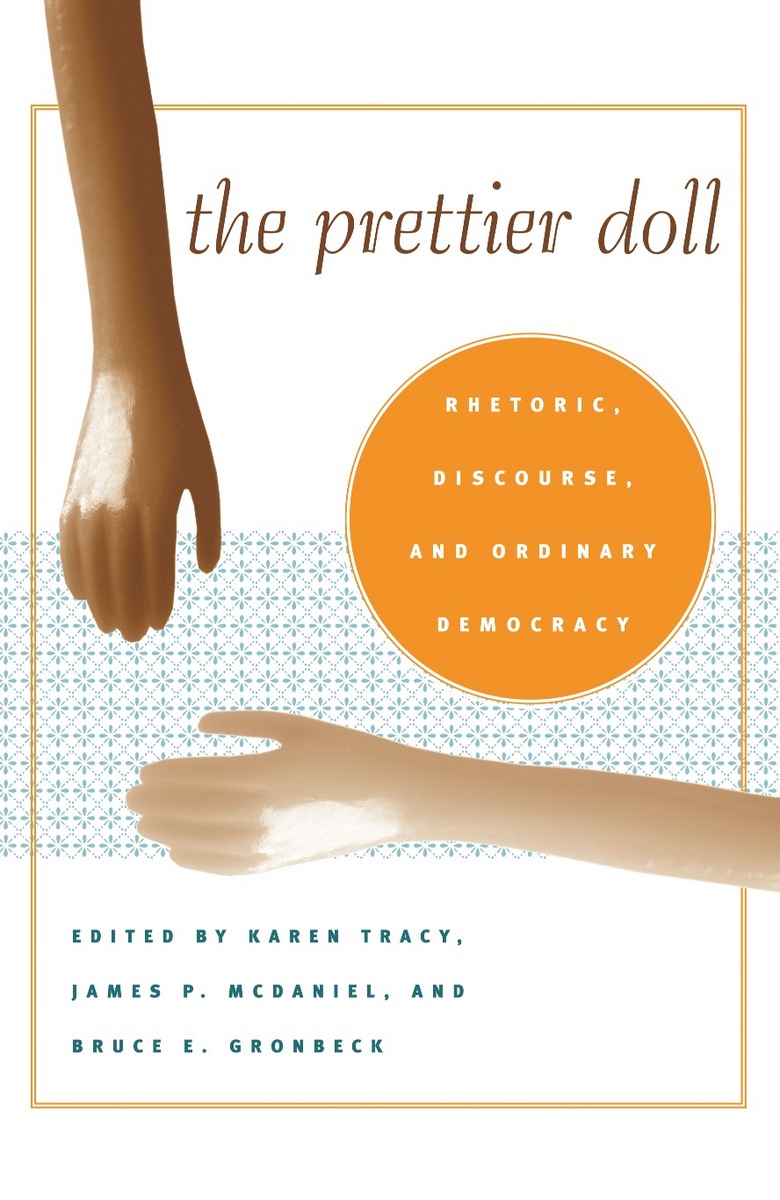 Essays in the The Prettier Doll focus on the same local controversy: in 2001,a third-grade girl in Colorado submitted an experiment to the school science fair. She asked 30 adults and 30 fifth-graders which of two Barbie dolls was prettier. One doll was black, the other white, and each wore a different colored dress. All of the adults picked the Barbie in the purple dress, while nearly all of the fifth graders picked the white Barbie. When the student’s experiment was banned an uproar resulted that spread to the national media. School board meetings and other public exchanges highlighted the potent intersection of local and national social concerns: education, censorship, science, racism, and tensions in foundation values such as liberty, democracy, and free speech.
For the authors of these essays, the exchanges that arose from “Barbiegate” illustrate vividly the role of rhetoric at the grassroots level, fundamental to civic judgment in a democratic state and at the core of “ordinary democracy.”

AUTHOR BIOGRAPHY
Karen Tracy is Professor of Communications at the University of Colorado–Boulder and author of Colloquium: Dilemmas of Academic Discourse.

Bruce E. Gronbeck is A. Craig Baird Distinguished Professor of Public Address at the University of Iowa. He is author of The Articulate Person: A Guide to Everyday Public Speaking and WritingTelevision Criticism.
REVIEWS

“What makes this volume unique is the assumption that local or grassroots sites of struggle and controversy offer a fertile and untapped resource for examining democratic practices in the contexts in which members in a democratic polity experience them. In a sense, such work sets the basis for a truly radical (in the sense of basic) theory of democratic political practice.” —John Louis Lucaites, Indiana University