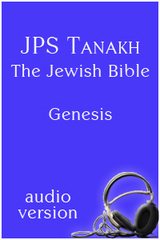 These short books of the Bible, each read in connection with a Jewish holy day, constitute a literature unto themselves--a poetic, spiritual, and literary treasure.

The recordings in this series include readings of The Song of Songs, Ruth, Lamentations, Ecclesiastes, Esther, and Jonah.