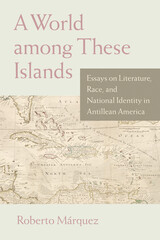 Caribbean literature and culture have all too often been viewed in fragmented terms, without attention to the broader commonalities of the region. In this collection of essays written over many years, Roberto Márquez offers a more encompassing vision, one that respects the individual traditions of particular locales, languages, and cultures but also sees the larger themes that bind the area's literary heritage and history. Márquez begins by making the case for a genuinely Caribbean literary criticism, one that moves beyond the colonial history of fragmentation and isolation and the critical insularity of more conventional approaches. His pan-Caribbean perspective provides a point of departure for the scrutiny of the evolving dramas of race, nationality, nation-building, and cultural articulation in the region. Márquez then focuses specifically on Puerto Rico—its literary and socio—historical experience, the particularities of its "New Creole" incarnations, and the effects of waves of migration to the United States. In the final section of the book, he discusses writers and cultural figures from the other Spanish, Anglophone, and Francophone territories and the ways in which they engage or reflect the defining themes of literature, race, and national identity in Antillean America.
AUTHOR BIOGRAPHY
Roberto Márquez is William R. Kenan Jr. Professor of Latin American and Caribbean Studies at Mount Holyoke College and author of Puerto Rican Poetry: An Anthology from Aboriginal to Contemporary Times (University of Massachusetts Press, 2007), winner of the New England Council of Latin American Studies Prize for Translation.