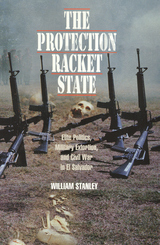 In 1932 security forces in El Salvador murdered 25,000 peasants and workers. Between 1978 and 1991 the Salvadoran government killed an additional 50,000 civilians. Death squads maimed and tortured their victims, who included labor organizers, priests, and teachers. By the later months of 1980, government forces were slaughtering 1,000 civilians a month. Most of those killed were poor or worked with the poor. In per capita terms Salvadoran state terror was among the worst in the hemisphere.

States have killed more people than have rebellions, but we know very little about what factors influence this genocide. Why do states kill? In this provocative and chilling book, William Stanley demonstrates that the Salvadoran military state was essentially a protection racket. It offered protection to the elites from civilian uprising and in return received a concession to govern. This protection took the form of wide-scale murder. As Stanley puts it, "State violence was a currency of relations between state and non-state elites."

There are valuable lessons in this book for all those concerned with state-sponsored terror. It indicts the United States for having strengthened the might of the Salvadoran military. It challenges conventional wisdom about governments and repression and shows state-sponsored violence as much more than just a response to opposition.

AUTHOR BIOGRAPHY
William Stanley is Assistant Professor of Political Science at the University of New Mexico.
TABLE OF CONTENTS