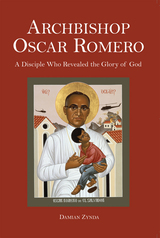 During his lifetime, Archbishop Oscar Romero chose to live the Christian Gospel in a radical way, defending, supporting, and serving the poor, and confronting the oppressive and murderous violence of the Salvadoran dictatorship. As a result, in March 1980, while celebrating Mass in a small chapel in El Salvador, he was assassinated.

With Archbishop Oscar Romero, Damian Zynda offers a compelling examination of the bishop’s eventful life. Zynda delves into the psychological and spiritual depths of Romero’s faith, tracing its progression from age thirteen up to the episcopacy and his prophetic stand against the government.

Damian Zynda is a faculty member of the Christian Spirituality Program at Creighton University.