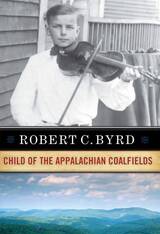 This autobiography follows United States Senator Robert C. Byrd’s experiences from his boyhood in the early 1920s to his election in 2000, which won him an unprecedented eighth term in the Senate. Along the way, Senator Byrd offers commentary on national and international events that occurred throughout his long life in public service. Senator Byrd’s journey from the hardscrabble coalfields to the marbled halls of Congress has inspired generations of people in West Virginia and throughout the nation. From reading the stories of the Founding Fathers as a young boy by the light of a kerosene lamp to the swearing of an oath for more than a half-century to guard the United States Constitution, Senator Byrd’s life is legendary. Byrd always stands by his principles, earning the affection of the people of his home state and the respect of Americans from all walks of life. With his beloved Erma ever by his side, Robert C. Byrd has never forgotten his roots, harkening back to those early lessons that he learned as a child of the Appalachian coalfields.

AUTHOR BIOGRAPHY
Robert Carlyle Byrd (1917-2010), a senior United States senator from West Virginia, held his position in the senate longer than any other senator in congressional history. He was a member and former Senate Leader of the Democratic Party. Byrd's senate service began in 1959 and he held office until his death. He served an uninterrupted half a century as a US Senator.


Child of the Appalachian Coalfields The Depression Years A Political Career Begins Mr. Byrd Goes to Washington Around the World in Sixty-Six Days Excelsior! The Sapling Grows Tall Stormy Waters Climbing the Leadership Ladder A Visit to Russia Muddy Waters A Supreme Court Nomination? Building West Virginia Piece by Piece The Old Order Changeth The Top Rung—Majority Leader (1977) Second Fiddle Back in the Saddle Again Elected President Pro Tempore A Hand on the Purse Strings Building a New West Virginia West Virginia on thr Go Bits and Pieces Building a 21st Century West Virginia The Winds of Change The Tide Ebbs Full Circle The Return of the Native Dribs and Drabs Line-Item Veto Struck Down In the Heat of Battle Semper Fidelis Afterword