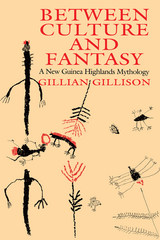 The myths of the Gimi, a people of the Eastern Highlands of Papua New Guinea, attribute the origin of death and misery to the incestuous desires of the first woman or man, as if one sex or the other were guilty of the very first misdeed. Working for years among the Gimi, speaking their language, anthropologist Gillian Gillison gained rare insight into these myths and their pervasive influence in the organization of social life. Hers is a fascinating account of relations between the sexes and the role of myth in the transition between unconscious fantasy and cultural forms.

Gillison shows how the themes expressed in Gimi myths—especially sexual hostility and an obsession with menstrual blood—are dramatized in the elaborate public rituals that accompany marriage, death, and other life crises. The separate myths of Gimi women and men seem to speak to one another, to protest, alter, and enlarge upon myths of the other sex. The sexes cast blame in the veiled imagery of myth and then play out their debate in joint rituals, cooperating in shows of conflict and resolution that leave men undefeated and accord women the greater blame for misfortune.
AUTHOR BIOGRAPHY
Gillian Gillison is associate professor of anthropology at the University of Toronto.
TABLE OF CONTENTS


Photographs
Figures
Preface
Acknowledgments
Note on Orthography
Introduction
1. The Argument among Myths
2. The Gimi of Highland New Guinea
Part One: Cannibalism and the Rites of Death
3. Gimi Cannibalism in History and in Myth
4. The Death of a Man in His Prime
5. The Death of a Man, Part II: Women Convert the Man to Decorations
Part Two: Women's Work and the World They Hide
6. "Songs Hold the Spirit": Garden Magic, Blood Songs, and the Nature of Women's Work
7. Theories of Conception: Alternative Outcomes in a Intrauterine Scenario
8. Rituals of Childhood Death and Birth: Men's First Exchanges Outside the Mother
Part Three: Marriage and Male Initiation
9. The Myth of the Flutes and Principles of Exchange
Part Four: The World of Sorcery
10. "Only Men Understand Sorcery"
11. The Rites of Cure
Conclusion
12. Myth as Ultimate Reality
Appendix: Kinship Terminology
Glossary of Gimi Terms
Bibliography
Index