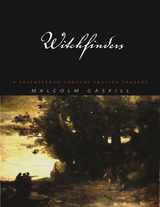 By spring 1645, two years of civil war had exacted a dreadful toll upon England. People lived in terror as disease and poverty spread, and the nation grew ever more politically divided. In a remote corner of Essex, two obscure gentlemen, Matthew Hopkins and John Stearne, exploited the anxiety and lawlessness of the time and initiated a brutal campaign to drive out the presumed evil in their midst. Touring Suffolk and East Anglia on horseback, they detected demons and idolators everywhere. Through torture, they extracted from terrified prisoners confessions of consorting with Satan and demonic spirits.