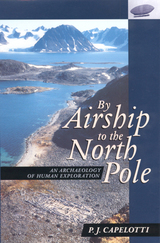 By Airship to the North Pole chronicles the adventures of Swedish engineer Salomon August Andree, who made the first failed attempt to reach the North Pole in a hydrogen balloon in 1897, and of American journalist Walter Wellman who organized and led three unsuccessful air expeditions from 1907 to 1909. The book investigates the stories behind the quests to reach this remote and inhospitable outpost by air and examines how those stories were created and reported by the press. What he uncovers allows readers to reflect on the distortions of the written historical record, particularly unkind to Wellman, and what that may tell us about our own age of exploration as we look to the last frontiers in space.