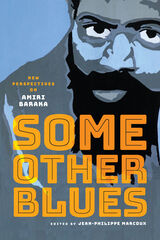 This collection of original essays brings together some of the most important critics and scholars of Amiri Baraka’s oeuvre. Some Other Blues consists of career-spanning conversations on the many trajectories, bifurcations, and intersections in and of Baraka’s black art. Every chapter is grounded in the desire to illuminate Baraka’s multilayered creative output—whether through critical analyses, literary historiographies, or musicological and biographical reassessments of his work. Every contributor attempts, in their own unique ways, to delineate how the contours of poems, short stories, essays, and editorials reveal the poetics and politics of Amiri Baraka. At the same time, every chapter looks outward at what Baraka saw as the fractures and fissures of our society—moments in the history of African America that have needed repair and relief. For the first time in one book, two generations of scholars and friends of the Baraka family converge to assess the legacy and the imprint of the writer, activist, and cultural worker who has reshaped and redefined what is means to be a black public intellectual and poet.