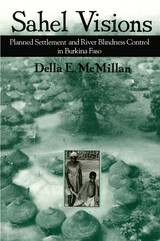 When an international health initiative succeeded in wiping out river blindness in Burkina Faso, it allowed the settlement of the sparsely populated Volta Valley by the Mossi people--a development plan by which the Burkinabe government sought to relieve population pressure, establish communities, and increase cotton production. Anthropologist Della McMillan followed this visionary plan over twelve years as people relocated communities, founded farms, dealt with officials, entered the market, and in some instances moved on. Her study examines the question of how development occurs or fails to occur and offers unusual insight into how visions of progress--held by developers, settlers, and even researchers--originate and are revised.