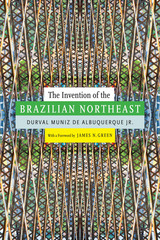 Brazil's Northeast has traditionally been considered one of the country's poorest and most underdeveloped areas. In this impassioned work, the Brazilian historian Durval Muniz de Albuquerque Jr. investigates why Northeasterners are marginalized and stereotyped not only by inhabitants of other parts of Brazil but also by nordestinos themselves. His broader question though, is how "the Northeast" came into existence. Tracing the history of its invention, he finds that the idea of the Northeast was formed in the early twentieth century, when elites around Brazil became preoccupied with building a nation. Diverse phenomena—from drought policies to messianic movements, banditry to new regional political blocs—helped to consolidate this novel concept, the Northeast. Politicians, intellectuals, writers, and artists, often nordestinos, played key roles in making the region cohere as a space of common references and concerns. Ultimately, Albuqerque urges historians to question received concepts, such as regions and regionalism, to reveal their artifice and abandon static categories in favor of new, more granular understandings.
AUTHOR BIOGRAPHY
Durval Muniz de Albuquerque Jr. is Professor of Brazilian History at the Federal University of Rio Grande do Norte. An award-winning author, he is considered one of Brazil's leading historians.

James N. Green is Professor of Brazilian History and Culture at Brown University. He is the author of We Cannot Remain Silent: Opposition to the Brazilian Military Dictatorship in the United States, also published by Duke University Press.

The Invention of the Northeast 44

The Inversion of the Northeast 131

Portraits of Misery and Pain 176

Images That Cut and Pierce 184

Seeing through the Camera Eye 192