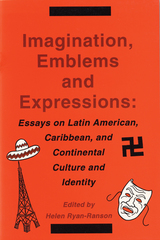 This book of essays—carefully written by twenty-four authorities on their subjects—provides a deep understanding of and appreciation for the coherence, primacy, and importance of the search for identity in the divergent areas of Latin America, the Caribbean, and Europe.