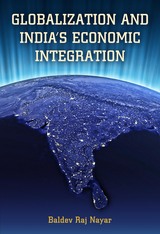 A common critique of globalization is that it causes economic segmentation and even disintegration of the national economy. Quite to the contrary, Baldev Raj Nayar provides a thorough empirical treatment of India's political economy that challenges this critique by demonstrating that, on balance, both state and market have functioned to attenuate such a disintegrative impact and to accentuate economic integration. The active role of the Indian state in the areas of economic planning, fiscal federalism, and tax reform has resulted in improved economic integration and not increased segmentation. Similarly, his investigation of trade, investment, entrepreneurship, and migration suggests tendencies inherent in the market in favor of economic integration, especially when assisted by the state. While globalization has its benefits, such as higher economic growth, and costs, such as external shocks, Nayar's findings show that India has benefited from globalization more than it has been victimized by it.

Globalization and India's Economic Integration shows how globalization's pressures favoring efficiency paradoxically induced the state to push for consolidation on a pan-Indian scale in the area of fiscal federalism and to advance the cause of the common market through reforming the indirect tax system; meanwhile, the state has pressed forward with social inclusiveness as never before in its economic planning. For another, the market, too, has been instrumental, because of its widened scope and its inherently expanding character, in strengthening economic integration through trade expansion, diffusion of industry, and increased inter-state migration. Nayar's groundbreaking work will interest students, scholars, and specialists of India, South Asia, globalization, and political economy.

Baldev Raj Nayar is professor emeritus of political science at McGill University. He is the author, coauthor, or editor of nineteen previous books, most recently The Myth of the Shrinking State: Globalization and the State in India.