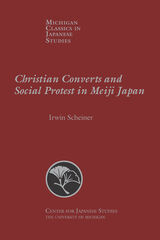 Nowhere has there been a discussion of the confusion necessarily generated by the rapidity of the change or of the agony created in the lives of many whose attitudes, expectations, and even success depended on the continuance of now abolished institutions. Historians have ignored the settled conditions of most samurai and instead concentrated on the study of the minority of activist samurai leaders who, with the backing of only a few Han (feudal domains) sought to overthrow the old order and whose success in doing so has made the study of the modernization of Japan the prime concern of historians. The history of the Meiji period may have been an overall political and industrial success story, but for a fuller understanding of the conditions of that success it is also necessary to understand "what it was really like" for the members of the old elite to be estranged from the proponents of revolution and what many members did to assure their own social and psychological position in a world they had not expected.
In this book the author attempts to show that the impact of the Meiji Restoration destroyed the meaningfulness of the Confucian doctrine for these declasse samurai. Through Christianity, the samurai attempted to revive their status in society by finding a doctrine that offered a meaningful path to power. But in doing so, they had to accept a new theory of social relations. Ultimately, as the convert's understanding of society became totally informed by the Christian doctrine, they accepted a transcendent authority that brought them into conflict with society about them. Therefore, to understand the development of a Christian opposition in Meiji society we must begin with the conversion experience itself. [intro]
AUTHOR BIOGRAPHY
Irwin Scheiner is professor emeritus of history at the University of California, Berkeley
TABLE OF CONTENTS
Cover
Title
Copyright
Dedication
Contents
Acknowledgments
1. Introduction
2. Protestant Evangelists and Christian Samurai
3. Alienation and Conversion
4. Westernization and Conversion
5. Toward Social Criticism
6. Niijima Jō: The Conscience of a Christian
7. The Founding of a School and the Cultivation of a Nation
8. Loyalty and Criticism
Bibliographic Essay
Bibliography
Index
REQUEST ACCESSIBLE FILE