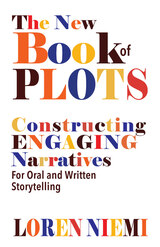 In the space of the thirty-some years I have called myself a storyteller, the balance of what I tell has shifted from children’s stories and traditional folk and fairy tales told in schools, churches, and community centers to stories drawn directly from my own experiences. But I also understand that by adapting and re-imagining traditional folk and fairy tale material, you can provide a point of entry for contemporary listeners to experience, as psychologist Bruno Bettelheim has suggested in his book The Uses of Enchantment, the continuing power of the old stories to speak to the imagination and heart.

Wanting to make a connection between the older stories and our existential circumstance, I sought to re-interpret folk and fairy tales by placing them in a more contemporary context. The confusing Black Forest of the Brothers Grimm became the crowded shopping mall. Rapunzel’s mother sought a more familiar drug than the painkilling herbs of the witch’s garden. I also created stories that were in the style of the older folk and fairy tales. One featured a lowly cucumber plant that, after consuming radioactive water and junk-food compost, became the glowing, green Godzilla of pickles. Another featured a boy named Jack, who found fame and fortune racing inner-city cockroaches.

In creating and performing original stories and reimagined folk tales, as well as teaching stories to students of all ages, it has become clear to me that how we tell the story, as much as why, is at the very heart of the art. By “how,” I do not mean how we use voice and gesture, etc., but how we organize stories to get across their meanings to an audience.

There are two central facts at the heart of the oral story. The first is that it begins when the teller begins and ends when the teller ends it, though I could argue that it actually ends when the audience dismisses it. This is fundamentally different from the written story, where a reader can go back and read the same words again. With the spoken word, we are in the moment. Even if we could ask the teller to go back and say something again, the very act of asking would alter the way in which the information is conveyed to us. This leads directly to the second basic fact: the act of telling is an expression of the relationship of the teller to the audience. We always tell to someone, even if it is to ourselves. It is incumbent upon us to recognize that the choice we make about how we tell a story to a given audience is as much about our understanding of who that audience is as it is about what we are saying to the audience.

It is this crucial understanding of how the narrative is shaped and the choices we make as tellers to share a particular version of a story with a particular audience that I wish to explore with you. Whether we are working with a live audience in performance or with an imagined one while typing away on our laptops, the creation of compelling fiction and non-fiction begins with how to frame the story.

This book is for storytellers and would-be storytellers, whether you call yourself a writer, minister, politician, journalist, lawyer, teacher, therapist, or street-corner b.s.’er. Whatever the name, the benefit you derive from the application of this material to your creative process will come from understanding how narrative is shaped and making conscious decisions about shaping that narrative content. This book was developed in workshops and classes I’ve conducted with storytellers and writers since 1986. In the course of those years, this teaching practice has refined my thinking and improved my ability to help participants discover new approaches to creating powerful, authentic, and entertaining stories.

Much of what I say will be framed around the creation of stories as oral performance, but the concepts and exercises I suggest apply to written material as well. Whether the stories are oral or written, this book is about three things: the choice of an appropriate narrative form to provide the story’s structure, the choice of an appropriate point of view and timeframe to support the story’s emotional arc, and how those choices help or hinder the transmission of the meaning of the story to an audience.

Loren Niemi teaches writing and communication at the college level in Minneapolis, Minnesota and also is producer of the performance series, Two Chairs Talking.  A former Chairman of the National Storytelling Network, USA, Niemi also performs himself at storytelling festivalsand venues throughout the USA.  This is his second handbook on story theory.

REVIEWS
“How I wish Loren Niemi’s Book of Plots had been available to me when I was teaching high school English in Evanston.  His insights are so well expressed and so clearly communicated,  I predict it will become a standard for generations of story writers and tellers.”
— Syd Lieberman, Golden Apple award for excellence in teaching, Evanston, Il

“Loaded with insight and practical tips for constructing good stories, this book is one solid answer to the question, ‘How do we move storytelling into serious consideration as an art form?’  Simple.  We must tell better stories.  Loren Niemi shows us how.  The New Book of Plots is thoughtful and thought provoking, and immensely practical and helpful.”
— Michael Parent, Circle of Excellence Storyteller, Portland, Maine

“This concise, step-by-step story-crafting manual is a great choice for writers who want to improve story structure and enhance reader and audience response.”
— Mark Goldman, Story Coach and Producer of the Great Arizona Story Slam

“Niemi’s Book of Plots is an incredible resource for teachers of written or oral expression.  As an added bonus, his book is a perfect fit for teaching to core curriculae in language arts at the high school level.”
— Mary Hamilton, Circle of Excellence Storyteller and author, Frankfort, Kentucky