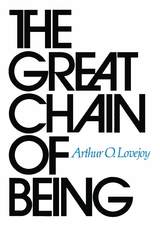 In this volume, which embodies the William James lectures for 1933, Arthur O. Lovejoy points out the three principles—plenitude, continuity, and graduation—which were combined in this conception; analyzes their origins in the philosophies of Plato, Aristotle, and the Neoplatonists; traces the most important of their diverse samifications in subsequent religious thought, in metaphysics, in ethics and aesthetics, and in astronomical and biological theories; and copiously illustrates the influence of the conception as a whole, and of the ideas out of which it was compounded, upon the imagination and feelings as expressed in literature.
TABLE OF CONTENTS