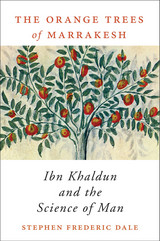 The Arab Muslim Ibn Khaldun developed a method of evaluating historical evidence that allowed him to explain the underlying causes of events such as the cyclical rise and fall of North African dynasties. As Stephen Dale shows, this work was the first structural history and historical sociology, four centuries before the European Enlightenment.