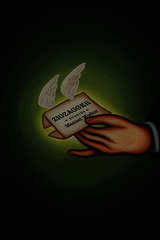 Set mainly in California's Central Valley, Manuel Muñoz's first collection of stories goes beyond the traditional family myths and narratives of Chicano literature and explores, instead, the constant struggle of characters against their physical and personal surroundings. Usually depicted as the lush and green world of rural quiet and tranquility, the Valley becomes the backdrop for the difficulties these characters confront as they try to maintain hope and independence in the face of isolation.

In the title story, a teenage boy learns the consequences of succumbing to the lure of a town outsider; in "Campo," a young farm worker frantically attempts to hide his supervision of a huddle of children from the town police, only to have another young man come to his unexpected rescue; in "The Unimportant Lila Parr," a father must expose his own secrets after his son is found murdered in a highway motel. From conflicts of family and sexuality to the pain of loss and memory, the characters in Zigzagger seek to reconcile themselves with the rural towns of their upbringing—a place that, by nature, is bordered by loneliness.
AUTHOR BIOGRAPHY
MANUEL MUÑOZ attended Harvard University and Cornell University and is the recipient of an Individual Artist's Grant in Fiction from the Constance Saltonstall Foundation. His stories have been published in Glimmer Train, Boston Review, Epoch, Colorado Review, and many other journals. He lives in New York City.
REVIEWS

"Sweet, moody, sexy, cruel. Stories told with such tenderness, they leave you with your heart aching." -Sandra Cisneros, author of Caramelo and The House on Mango Street


I. Anchored: Ziggzagger; The Third Myth; Tiburon; Museo de Bellas Artes; The Unimportant Lila Parr; Swallow; II. No Blood: Campo; The Wooden Boat; Loco; By the Time You Get There, By the Time You get Back; Anchorrage; Astilla; III. Waiting To Be Dangerous: Not Nevada; Fotito; Things Waiting to Be Dangerous; Zapatos; Good as Yesterday; Everything the White Boy Told You; IV. The Harbor Of Hands: Hombres; Skyshot; Teatro Japones; Monkey, Si; Clima