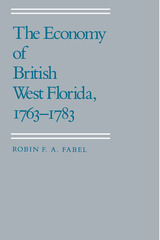 British West Florida encompassed the panhandle of the modern state of Florida, about half of present-day Alabama, large portion of Mississippi, and some of Louisiana. The British were of diverse opinions regarding the territory. Some British politicians thought the Florida’s full of strategic and economic potential. Others, perhaps without political affiliation, thought it strange that, having conquered developed Spanish possessions of known wealth, such as the Philippines and Cuba, Britain had been persuaded to return them in exchange for Florida, an undeveloped region of unknown worth. That Spain had never been economically successful in its Florida possession was of little concern. The economic self confidence of the British was the outgrowth of a century and a half of establishing initially profitless colonies and making them valued possessions.
The author’s primary goal is to consider how these people achieved or failed to achieve their ambitions, whether the province as a whole was economically viable, and whether the generally held belief that West Florida was an economic failure is a fair judgment. A secondary aim is to analyze key aspect of the subject that have been neglected in older standard works on the economic life of British West Florida, including the maritime life of the province, the institution of slavery, and the potentially great immigration scheme sponsored by the Company of Military Adventures.
AUTHOR BIOGRAPHY
Robin F.A. Fabel is Associate Professor of History, Auburn University.