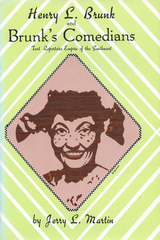 Tent repertoire theatre as a form of popular entertainment caught on in the late 19th century, had its heyday in the 1920s, and was finished by the Depression and World War II gasoline rationing. The author examines this rise and fall in context of an increasingly urbanized society.