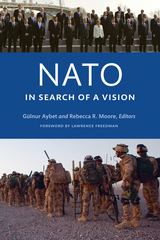 As the NATO Alliance enters its seventh decade, it finds itself involved in an array of military missions ranging from Afghanistan to Kosovo to Sudan. It also stands at the center of a host of regional and global partnerships. Yet, NATO has still to articulate a grand strategic vision designed to determine how, when, and where its capabilities should be used, the values underpinning its new missions, and its relationship to other international actors such as the European Union and the United Nations.

The drafting of a new strategic concept, begun during NATO’s 60th anniversary summit, presents an opportunity to shape a new transatlantic vision that is anchored in the liberal democratic principles so crucial to NATO’s successes during its Cold War years. Furthermore, that vision should be focused on equipping the Alliance to anticipate and address the increasingly global and less predictable threats of the post-9/11 world.

This volume brings together scholars and policy experts from both sides of the Atlantic to examine the key issues that NATO must address in formulating a new strategic vision. With thoughtful and reasoned analysis, it offers both an assessment of NATO’s recent evolution and an analysis of where the Alliance must go if it is to remain relevant in the twenty-first century.

Gülnur Aybet is a lecturer in international relations at the University of Kent at Canterbury and a senior associate member of St. Antony’s College, Oxford. She is the author of The Dynamics of European Security Cooperation 1945-1991 and A European Security Architecture after the Cold War: Questions of Legitimacy.

Rebecca R. Moore is a professor of political science at Concordia College in Moorhead, Minnesota. She held a NATO-EAPC Fellowship from 2001 to 2003 and is the author of NATO’s New Mission: Projecting Stability in a Post-Cold War World.

Introduction: Missions in Search of a Vision Gülnur Aybet and Rebecca R. Moore