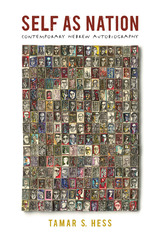 Theorists of autobiography tend to emphasize the centrality of the individual against the community. By contrast, in her reading of Hebrew autobiography, Tamar Hess identifies the textual presence and function of the collective and its interplay with the Israeli self. What characterizes the ten writers she examines is the idea of a national self, an individual whose life story takes on meaning from his or her relation to the collective history and ethos of the nation. Her second and related argument is that this self—individually and collectively—must be understood in the context of waves of immigration to Israel’s shores. Hess convincingly shows that autobiography is a transnational genre deeply influenced by the nation’s literary as well as cultural history. This book makes an additional contribution to the history of autobiography and contemporary autobiography theory by analyzing the strategies of fragmentation that many of the writers Hess studies have adopted as ways of dealing with the conflicts between the self and the nation, between who they feel they are and what they are expected to be. Hess contrasts the predominantly masculine tradition of Hebrew autobiography with writings by women, and offers a fresh understanding of the Israeli soul and the Hebrew literary canon. A systematic review of contemporary Hebrew autobiography, this study raises fundamental questions essential to the debates about identity at the heart of Israeli culture today. It will interest scholars and students of contemporary Israeli culture, as well as those intrigued by the literary genre of autobiography.
AUTHOR BIOGRAPHY
TAMAR HESS is Sidney and Betty Sarah Berg Senior Lecturer in Hebrew Language in the Department of Hebrew Literature at the Hebrew University of Jerusalem.
TABLE OF CONTENTS


Acknowledgments • Introduction: Hebrew Autobiography—Nation, Relation, and Narration • “To Be a Jew among Jews”: The Reluctant Israeli Native in Yoram Kaniuk • “I Have a Pain in My Mother”: Natan Zach and Haim Be’er • Languages of Immigration: Shimon Ballas and Aharon Appelfeld • Gendered Margins: Narrative Strategies, Embodied Selves, and Subversion in Women’s Autobiography • Conclusion: Prophets and Hedgehogs • Notes • Credits • Index