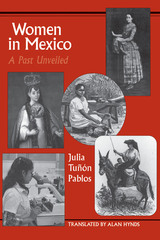 Throughout Mexico's history, women have been subjected to a dual standard: exalted in myth, they remain subordinated in their social role by their biology. But this dualism is not so much a battle between the sexes as the product of a social system. The injustices of this system have led Mexican women to conclude that they deserve a better world, one worth struggling for.

Published originally in Spanish as Mujeres en México: Una historia olvidada, this work examines the role of Mexican women from pre-Cortés to the 1980s, addressing the interplay between myth and history and the gap between theory and practice. Pointing to such varied prototypes as the Virgin of Guadalupe, La Malinche, and Sor Juana, Tuñón contrasts what these women represent with more realistic but less-exalted counterparts such as Josefa Ortiz de Domínguez, La Güera Rodríguez, and Juana Belén Gutiérrez de Mendoza. She also discusses the identity transformation by which indigenous women come to see themselves as Mexicanas, and analyzes such issues as women's economic dislocation in the labor force, education, and self-image.

In challenging the illusion that historians have created of women in Mexico's history, Tuñón hopes to recover feminism—with its strengths and weaknesses, its vision of the world that is both intellectual and full of feeling. By examining the social world of Mexico, she also hopes to determine those situations that cause oppression, exploitation, and marginalization of women.