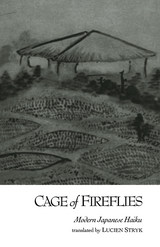 Haiku at its best is an art in which the poet takes a natural, most ordinary event, and without fuss, ornament or inflated words makes of it a rare moment — sparely rendered, crystallized into a microcosm which reveals transcendent unity. Small wonder haiku has a growing audience throughout the world.

In all arts — music, painting, dance, theatre — change has come with that startling moment of dissatisfaction when the artist upends complacency, shocks the old to its foundations, and emerges with clear vision. He has had the courage to rescue his art from dullness. Two of Japan’s “Great Four” of haiku, Basho (1644-94) and Shiki (1862-1902), were such revolutionaries, albeit two hundred years apart. Before Basho, haiku was but a pleasant occupation for the idle. He set about transforming it with such success that experts to this day agree that his were the first true haiku.

Shiki, who lived into the 20th century, was passionate in his attempt to salvage haiku from its past, sending out shock waves by dismissing virtually all earlier work, including most of Basho’s. He saw it as his mission to make a difference — to let nothing, not even the most revered, stand in the way. He proclaimed, “A poem has no meaning. It is feeling alone.” And he practiced what he preached.

These modern Japanese poets, many of whom are translated here into English for the first time, learned as much from Basho as from Shiki, and from Buson (1715-83) and Issa (1763-1827), the “Great Four.” Yet in a sense they are followers of Shiki, in spite of the harshness of his views and the impossibly high standards he demanded. They were forced to reckon with him, became willing participants in a heated dialogue with him. They had to: his spirit dominated the age. Stryk captures that spirit here, in this Cage of Fireflies.
TABLE OF CONTENTS