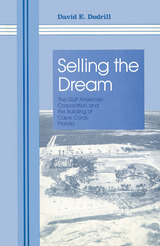 The Gulf American Corporation played a significant role in the development and urbanization of the state of Florida, especially southwest Florida, during the late 1950s and 1960s. The Miami-based company promoted living in Florida to people residing throughout North America and in several foreign countries. It also enabled people of average incomes to purchase home sites in Florida on an installment basis. As a result, Gulf American had a heavy influence on the migration of people to Florida as early as 1957.

Leonard and Julius J. Rosen of Baltimore, Maryland, founded and controlled the corporation during its 12-year existence from 1957 to 1969. The sale and promotion of Florida real estate was an extension of their marketing style developed in previous years when they sold mail-order cosmetics and other products. Their innovative sales strategies ultimately resulted in conflicts with state and federal regulatory agencies in the mid 1960s over the firm’s aggressive sales methods. The struggle with the state of Florida over regulation, which degenerated into a personal conflict between Governor Claude Kirk and the Rosens, resulted in the Rosens’ selling the business to GAC Corporation of Allentown, Pennsylvania, in 1969. After a series of business setbacks and continuing accusations of misrepresentations by salespeople, GAC declared bankruptcy in 1975 and was eventually resurrected as Avatar Holding, Inc., in 1980.
Gulf American left a mixed legacy to the state of Florida by building several growing cities like Cape Coral and Golden Gate, while at the same time selling worthless underwater swampland near the Everglades. The building of their first development was planned by the company. In that sense, Cape Coral was designed to be the Rosens’ most elaborate sales tool.

Based on 31 personal interviews with former Gulf American Corporation, GAC/Avatar Holding company officials and supplemented by articles from 25 different newspapers, this book provides a comprehensive and fascinating look at the Gulf American Corporation—the largest land sales firm in the United States in the 1960s. In many ways the story of Gulf American is a rags-to-riches tale of Leonard and Julius (Jack) Rosen, complete with intrigue and the fluctuations of fortune that matched the rising tides that covered much of the land they sold.


“The story of the Rosen brothers and their Gulf AmericanCorporation makes a particularly fascinating book….While there are several popular books that deal in a rather sensational way with land booms and real estate developments—in Florida and elsewhere—this is the first scholarly account I have seen of the post-World War II land development field in Florida.”
—Donald W. Curl, Florida Atlantic University
— -