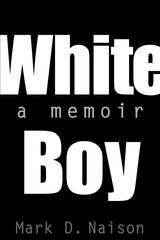 How does a Jewish boy who spent the bulk of his childhood on the basketball courts of Brooklyn wind up teaching in one of the city's pioneering black studies departments? Naison's odyssey begins as Brooklyn public schools respond to a new wave of Black migrants and Caribbean immigrants, and established residents flee to virtually all-white parts of the city or suburbs. Already alienated by his parents' stance on race issues and their ambitions for him, he has started on a separate ideological path by the time he enters Columbia College. Once he embarks on a long-term interracial relationship, becomes a member of SDS, focuses his historical work on black activists, and organizes community groups in the Bronx, his immersion in the radical politics of the 1960s has emerged as the center of his life. Determined to keep his ties to the Black community, even when the New Left splits along racial lines, Naison joined the fledgling African American studies program at Fordham, remarkable then as now for its commitment to interracial education.This memoir offers more than a participant's account of the New Left's racial dynamics; it eloquently speaks to the ways in which political commitments emerge from and are infused with the personal choices we all make.
AUTHOR BIOGRAPHY
Mark D. Naison is Professor of African American Studies and History as well as Director of Urban Studies at Fordham University. He is the author of Communists in Harlem During the Depression.
TABLE OF CONTENTS


PrefaceAcknowledgments1. Crown Heights in the 1950s2. Race Conscious3. Looking Down on Harlem4. Meeting Ruthie5. Contested Territory6. Ball of Confusion7. Nowhere to Run, Nowhere to Hide8. Bringing the War Home9. A White Man in Black Studies10. Riders on the Storm11. Close to the Edge