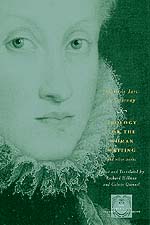 During her lifetime, the gifted writer Marie le Jars de Gournay (1565-1645) was celebrated as one of the "seventy most famous women of all time" in Jean de la Forge's Circle of Learned Women (1663). The adopted daughter of Montaigne, as well as his editor, Gournay was a major literary force and a pioneering feminist voice during a tumultuous period in France.

This volume presents translations of four of Gournay's works that address feminist issues. Two of these appear here in English for the first time—The Promenade of Monsieur de Montaigne and The Apology for the Woman Writing. One of the first modern psychological novels, the best-selling Promenade was also the first to explore female sexual feeling. With the autobiographical Apology, Gournay defended every aspect of her life, from her moral conduct to her household management. The book also includes Gournay's last revisions (1641) of her two best-known feminist treatises, The Equality of Men and Women and The Ladies' Complaint. The editors provide a general overview of Gournay's career, as well as individual introductions and extensive annotations for each work.
AUTHOR BIOGRAPHY
Richard Hillman is a professor of English at the Université François-Rabelais in Tours, France. His previous books include Self-Speaking in Medieval and Early Modern English Drama.

Colette Quesnel is affiliated with the Université du Québec à Montréal. She is the author of Mourir de rire d'après et avec Rabelais. Together they translated and edited Preface to the Essays of Michel de Montaigne by His Adoptive Daughter, Marie le Jars de Gournay.
TABLE OF CONTENTS