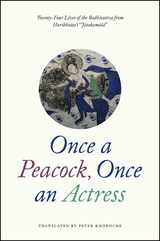 "Creative and absorbing. Peter Khoroche’s informed and scholarly translation, alongside his clean and evocative prose, shows that this collection has some great literary merits. Fortunately for us, his ability to carry a story and keep it fresh ensure that this collection is well worth reading in English too."
— Orientalistische Literaturzeitung