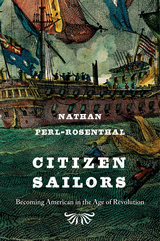 After 1776, Americans struggled to gain recognition of their new republic and their rights as citizens. None had to fight harder than the nation’s seamen, whose labor took them deep into the Atlantic world. Nathan Perl-Rosenthal tells the story of how their efforts created the first national, racially inclusive model of U.S. citizenship.