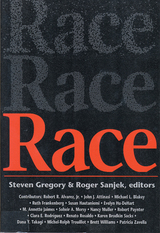 “What unites these essays is a common focus on the ‘social construction’ of racial categories and a desire to expose the exercise of racism and its intersection with other forms of social domination such as class, gender, and ethnicity . . . Fascinating.”––Multicultural Review

“The coming together of theoretical, multiethnic, and ‘on-the-ground’ perspectives makes this book a particularly valuable contribution to the discourse on race.”––Paula Giddings

“Timely and thoughtful. . . contributes to our understanding of how race operates as a social process and in the contextualization of power and status.”––Contemporary Sociology

“A treasure chest full of gems. Virtually every article is fascinating and important, and as a collection, its impact is tremendous. Neo-conservative myths and fantasies fall like nine-pins before its well-researched and tightly argued papers.”––Martin Bernal, author of Black Athena

“A timely antidote to that reaction tome, The Bell Curve.”––Daily News (New York)

“Let’s be clear from the start what this book is about,” writes Roger Sanjek.  “Race is the framework of ranked categories, segmenting the human population, that was developed by Western Europeans following their global expansion.”To contemporary social scientists, this ranking is baseless, though it has had all-too-real effects.

Drawing on anthropology, history, sociology, ethnic studies, and women's studies, this volume explores the role of race in a variety of cultural and historical contexts. The contributors show how racial ideologies intersect with gender, class, nation and sexuality in the formation of complex social identities and hierarchies. The essays address such topics as race and Egyptian nationalism, the construction of “whiteness” in the United States, and the transformation of racial categories in post-colonial Haiti. They demonstrate how social elites and members of subordinated groups construct and rework racial meanings and identities within the context of global political, economic, and cultural change. Race provides a comprehensive and empirically grounded survey of contemporary theoretical approaches to studying the complex interplay of race, power, and identity.