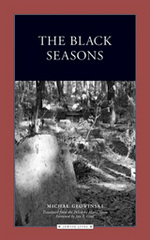 When six-year-old Michal Glowinski first heard the adults around him speak of the ghetto, he understood only that the word was connected with moving-and conjured up a fantastical image of a many-storied carriage pulled through the streets by some umpteen horses. He was soon to learn that the ghetto was something else entirely. A half-century later, Glowinski, now an eminent Polish literary scholar, leads us haltingly into Nazi-occupied Poland. Scrupulously attentive to the distance between a child's experience and an adult's reflection, Glowinski revisits the images and episodes of his childhood: the emaciated violinist playing a Mendelssohn concerto on the ghetto streets; his game of chess with a Polish blackmailer threatening to deliver him to the Gestapo; and his eventual rescue by Catholic nuns in an impoverished, distant convent. In language at once spare and eloquent, Glowinski explores the horror of those years, the fragility of existence, and the fragmented nature of memory itself.

AUTHOR BIOGRAPHY
Michal Glowinski is among the most renowned literary scholars in Poland and the author of numerous works of literary criticism, history, and theory. He is a long-time professor at the Institute of Literary Studies of the Polish Academy of Sciences in Warsaw.

Marci Shore is assistant professor of history and Jewish studies at Indiana University.

Jan T. Gross is professor of politics and European Studies at New York University. He is the author of Neighbors: The Destruction of the Jewish Community in Jedwabne, Poland, a national bestseller in the U.S. that looked at the role of the Poles of this town in aiding the Nazis.
TABLE OF CONTENTS